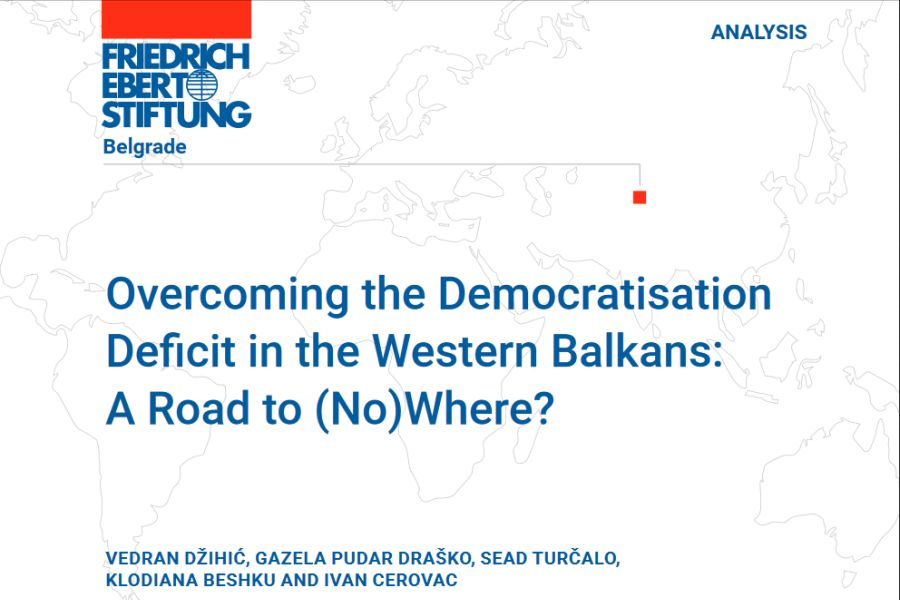 Overcoming the Democratisation Deficit in the Western Balkans: A Road to (No)Where?

Overcoming the Democratisation
Deficit in the Western Balkans:
A Road to (No)Where?

The internal weaknesses of the process of democratisation in the Western Balkans ensue  from  reinforcing  a  system  where  (ethno)politics  and  (ethno)political  entre-preneurs use all available strategies to deprive citizens of any political agency, thus working  towards  obedient  democracies  while  keeping  real  political  power  within  closed circles. The conscious deepening of differences, maintaining negative tensions and instrumentalising – predominantly ethnic – identities for political or other particular purposes are some of the crucial features of (ethno)politics in the Western Balkans.

The promise of Europeanisation is losing its ability to mobilise citizens as it faces a two-fold challenge: 1) No Push – while it is clear that progress in the accession process is extremely slow, even those steps which have been completed with success are left without meaningful recognition that could revive the ambition to join the EU; 2) No Pull – The support of political leaders displaying all the characteristics of illiberal and even authoritarian rule is maintained for the sake of stability in the region.

The trend of strengthening right-wing and even extreme organisations of civil society adds  another  worrying  dimension  to  the  Western  Balkans’  complex,  socio-political  situation. Illiberal NGOs nowadays use a different vocabulary and new strategies to disguise their illiberal claims and policies as human rights discourse. An increasing mainstreaming of their image and key messages builds on the lessons learnt exactly from liberal civil society. They flourish in the context of the apparent weakness of the leftist political forces which are seeking inspiration and possible mass mobilisation in the new community-based social movements.